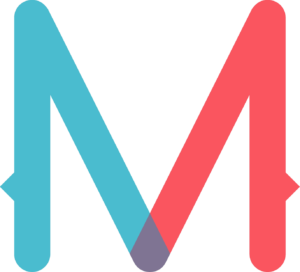 The Gospel – A Double Edged Sword to Wield Against Racism


Racism and White Supremacy are evil, ignorant, deplorable. Scripture leaves no room for them. Especially in the early premise that all men and women were made in the image of God, and are therefore required to protect the lives of others as opposed to taking their lives or even thinking hateful thoughts toward them.

“…God created man in his own image,in the image of God he created him;male and female he created them.” Genesis 1:27 ESV

“Whoever sheds the blood of man,by man shall his blood be shed,for God made man in his own image.” Genesis 9:6 ESV

“Everyone who hates his brother is a murderer, and you know that no murderer has eternal life abiding in him.” 1 John 3:15 ESV

I am concerned about the state of things in light of the events of this weekend in Charlottesville, and about a host of other issues that are bubbling up. But I am not without hope. As a Christian, I do not have to look far to find a way to walk forward into this chaos. I can walk the way of the gospel of Jesus Christ. It is good news for such a time as this.

I have been listening to the reactions over the weekend. I understand many of them. Friends and acquaintances of mine are trying to deal with the tension between two ideas; that racism and white supremacy must not be tolerated, and that peace, kindness, and civility need to be valued. People seem to be gravitating toward one of the two ends of the spectrum. Some folks I know to be committed to seeing a more kind and civil society are expressing themselves with images and words that are filled with violence. “You are not welcome here” is a theme. One image that was shared depicted a skate shoe being plunged into the face of a Nazi. Blood was splattering. Under the image was an assurance that hate and extremism would not be tolerated in our community. Is a threat of violent retaliation implicit in that post? Even if the words and image are metaphorical, they express a violent demolishing of a violent ideology.

On the other side, I’ve heard people calling for a presence of peace. A valid solution one commentator suggested was to re-open lines of communication with friends and family who identify as nationalist and the like, rather than shutting down the conversation or blocking them from your social media feed. All of that is in perfect accord with our desire to be part of a kind and civil society. Does it though, take seriously enough the ideologies of racism, white supremacy, and nationalism? Sometimes civil folks get run right over.

As a Christian, I have something else to offer. It has been offered over and over again in history, and is being offered be many people now. It is the descent and entering in of God in the person of Jesus Christ. It is the most profound engagement ever enacted in human history, a plan meditated by the wisdom of God, proved powerful in the resurrection of Christ from the dead and in the changing of thousands of brutal hearts over the span of the centuries. It is what we Christians call the Gospel, the good news that is a light shining in a dark world. The gospel is a powerful double edged sword with which we can walk into chaotic and grim places, and bring about peace, change, and ultimately hope. The first side of the gospel is that it tells the truth about darkness, evil, and all the hidden sins of the human heart. The absolute prerequisite to receiving the gospel of Jesus Christ is the admission of being a sinner in need of a savior. Beyond that, the whole of the Christian life may be described by the phrase “repent and believe the gospel”. To repent is to declare oneself to be wrong and perverse, and turn and live in the other direction. To believe the gospel is to see that your only hope in life and in death, is that God himself in Jesus Christ suffered the wrath of God that we deserve for our perversion and wrong doing.

Therefore the gospel enables me to call racism and white supremacy evil and deplorable without claiming that I am morally superior. It enables us to expose sin  without being self-righteous. Call someone evil and wrong, and they will immediately point back at your flaws, but the gospel makes it possible for you to call something evil in another without having to claim that they can’t find evil in you. Counter yelling with yelling, hitting with hitting, and hate with hate, but it will not change the hearts of the people involved, and that’s what we need. We need our hearts changed too.

In the case of racism and white supremacy, I had to confess this Sunday that I am racist. I don’t want to be, but I am. I participate in a racist system and benefit from it. I don’t fight against it like I should. If I were standing on my own moral platform, it would collapse from underneath me. But I stand as a sinner saved by grace! Jesus Christ is not racist. He has died for me. Therefore I can stand against racism despite my own struggle with it. In fact, I can stand against it in myself because I have a God who gives grace, and is faithful to keep working on my flaws. I can also say that racist people, white supremacists, and a host of other sinners, ought to be very afraid of the judgment of God. A nationalist coalition crucified Jesus Christ, but his greatest suffering was when he bore the penalty for their sins including their love of their nations more than than the law of God. The judgment of God crushed Jesus, and it will someday crush everyone who doesn’t repent and believe the gospel.

The second side of the gospel is like a sword that brings peace. It is deterrent. It is protective. It is like the black police officer that stood in defense of white nationalists in Charlottesville. The gospel of Jesus Christ is most amazing because it is offered freely, not to the morally superior, but to the very people who weren’t seeking him, even to those who “pierced him”. As he hung on the cross he prayed for the forgiveness of his killers. In bearing the wrath of God, he stood between the justice that we deserve, and died under it’s weight leaving us unscathed. Jesus washed the feet of Judas Iscariot despite his collusion with the leaders of a corrupt mob, telling his disciples that those who would be great among them would likewise serve others. History has never ceased to tell his story. His gospel has never lost it’s power. Incredible to me, is that a Roman soldier, the footman of the super power of western society, having just executed him observed how he died and was changed. How he, seemingly in a moment, comprehended that Jesus was not like any other man he had ever encountered. The man who had lived for Rome raised his eyes and marveled…”Surely this was the Son of God.”

Therefore the gospel of Jesus Christ gives us a path to seeking change through personal engagement, servanthood, and a willingness to suffer in order to love our enemies. Those of us who have renounced our sins and perversions for Jesus’ sake have done so because he has loved us so deeply and given himself to us personally though we didn’t deserve it at all. If we want to change the hearts of racists and white supremacists, we will have to be willing to do the same.

If I am kind to the neo-Nazi down the street, will they change? Perhaps. Jesus so served Judas, and was still betrayed. All of his disciples but one were eventually killed, we presume by corrupt groups that identified with national and religious identities that had no space for a suffering savior. But then again, the movement Jesus began had a spiritual power behind it like the world had never seen. All too often the sacrificial giving of life, or comfort, or personal peace exposes evil for what it is and serves the purpose of declaring the gospel to our enemies. If you desire to see real change and exercise real spiritual power, pursue it in the way of Jesus, our ultimate hope. After the nationalists killed him, he rose from the dead and promised to return and restore peace and harmony. The Christian moves forward in hope, regardless of the current state of the world, because the future of the world is glorious.

Wield the double edged sword of the gospel! Call evil things evil, in other people and in yourself. Love your enemies, that they might be ashamed of themselves, and see Jesus in you.

“Repay no one evil for evil, but give thought to do what is honorable in the sight of all. If possible, so far as it depends on you, live peaceably with all. Beloved, never avenge yourselves, but leave it to the wrath of God, for it is written, “Vengeance is mine, I will repay, says the Lord.” To the contrary, “if your enemy is hungry, feed him; if he is thirsty, give him something to drink; for by so doing you will heap burning coals on his head.” Do not be overcome by evil, but overcome evil with good.” Romans 12:17-21 ESV